Today the Offshore Worlds in the Hague, Netherlands was concluded after one week and 9 races. We in Team Pro4u won the Corinthian division and we came third in the Open class C among 49 boats.

Before today we had a small lead, having had a larger lead but after having sailed really bad yesterday. The French J-112 J LANCE 12 was just behind and they would win if they managed to get us down to a place worse than 16 and for them they did not need a result. We knew that today they would try to give us bad wind and everything they could to give us a bad score today and this is exactly what they did. For us having a around 10% slower boat than the J-112 it was really hard and we tried hard to get out of the wind shadow from J LANCE 12 but in both the up-winds they mostly managed to give us bad wind and it was very hard to find the speed for us and we tacked too many times to get a good race time and score. What also made it even worse is that we had current against us on the upwind and with us downwind so the upwinds when we had to sail in bad wind was long and vice versa downwind when we had free wind. Unfortunately, this lead to a 38.5 place today and after having been in the lead since day one of the Worlds we ended up 3rd in the Open class.

But we congratulate the French/Dutch J-112 J LANCE 12 to the gold and during the inshore races they have undoubtedly been the best boat on the course and today they sailed very professionally and did not give us a chance even if we tried hard to get away from them. We also congratulate our good friends from Germany IMMAC FRAM in an Italia 9.98 that came in 2nd place in the Open class. Both these crews are clearly worthy medalists!

In the Corinthian (for amateurs) class C we however managed to stay at the top and we won the Gold medal so Team Pro4u was likely the only team in the Offshore Sailing Worlds that got a medal in both the Open and Corinthian class!

Overall, while we had hoped to keep the first place in the Open class our goal coming to the Offshore Worlds as amateurs was to win the Corinthian gold and be on the podium in the Open class and we managed both of these so we reached our goals.

The Team Pro4u of eight that has won the gold and bronze medals in the Offshore Worlds in the Hague are:

We would also like the organizers of the Offshore Worlds in the Hague for a very good regatta and the hospitality of the people has been impressing the courses and the arrangements have been very good around the event. It is impressing the way the organizers have managed to create good and fair courses considering the tide and current impacts we have had. We also like the city of Hague and we have been going around with our bikes and this has been a perfect transportation here and going down to the beach close to our house we rented has been a very nice experience!

Below is a picture from todays race and this is how it was for us both up-winds having the bigger and faster J-112 covering us all the time. 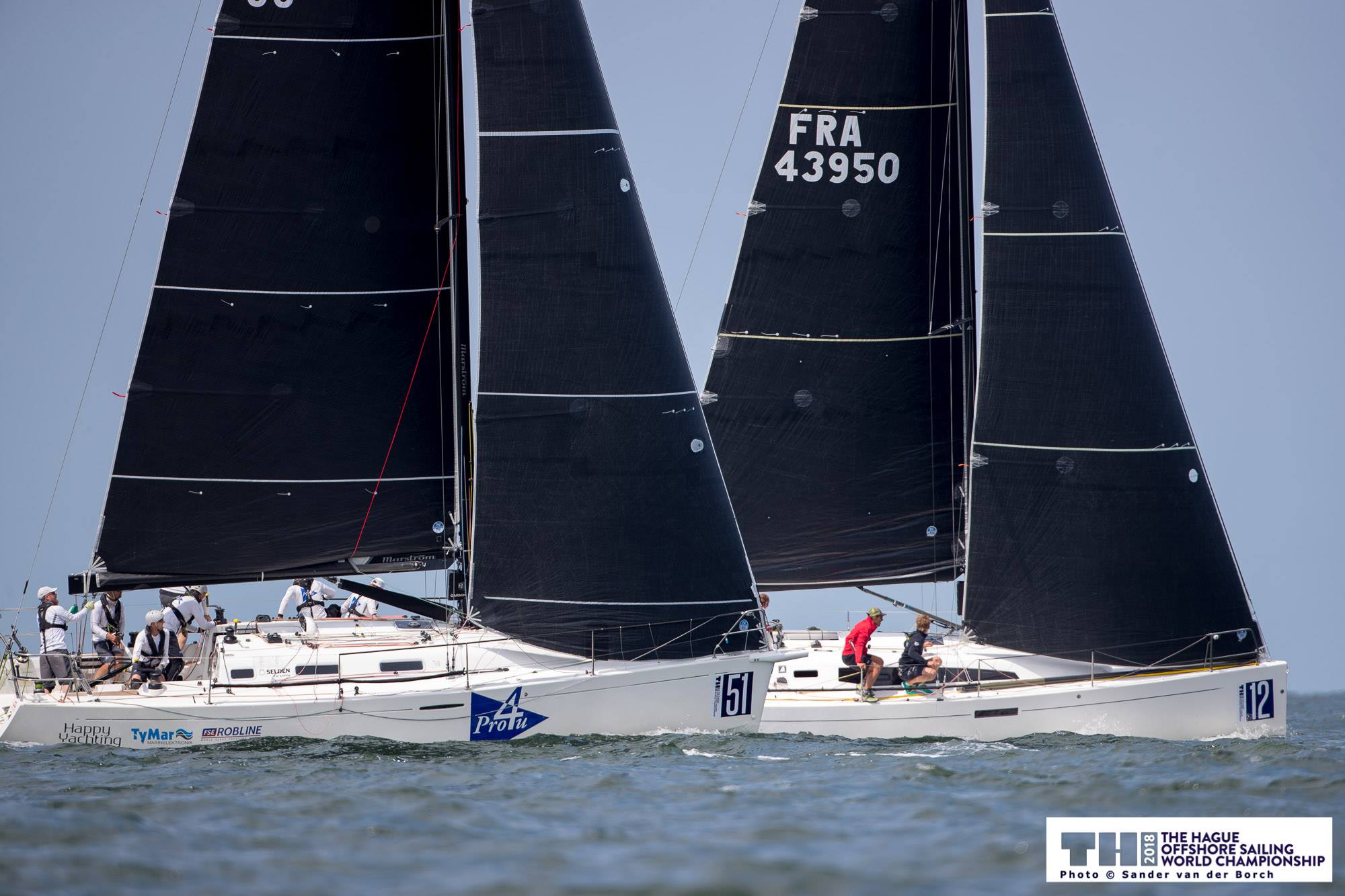 Video from the prize giving.

Picture from the prize giving ceremony today after the race. 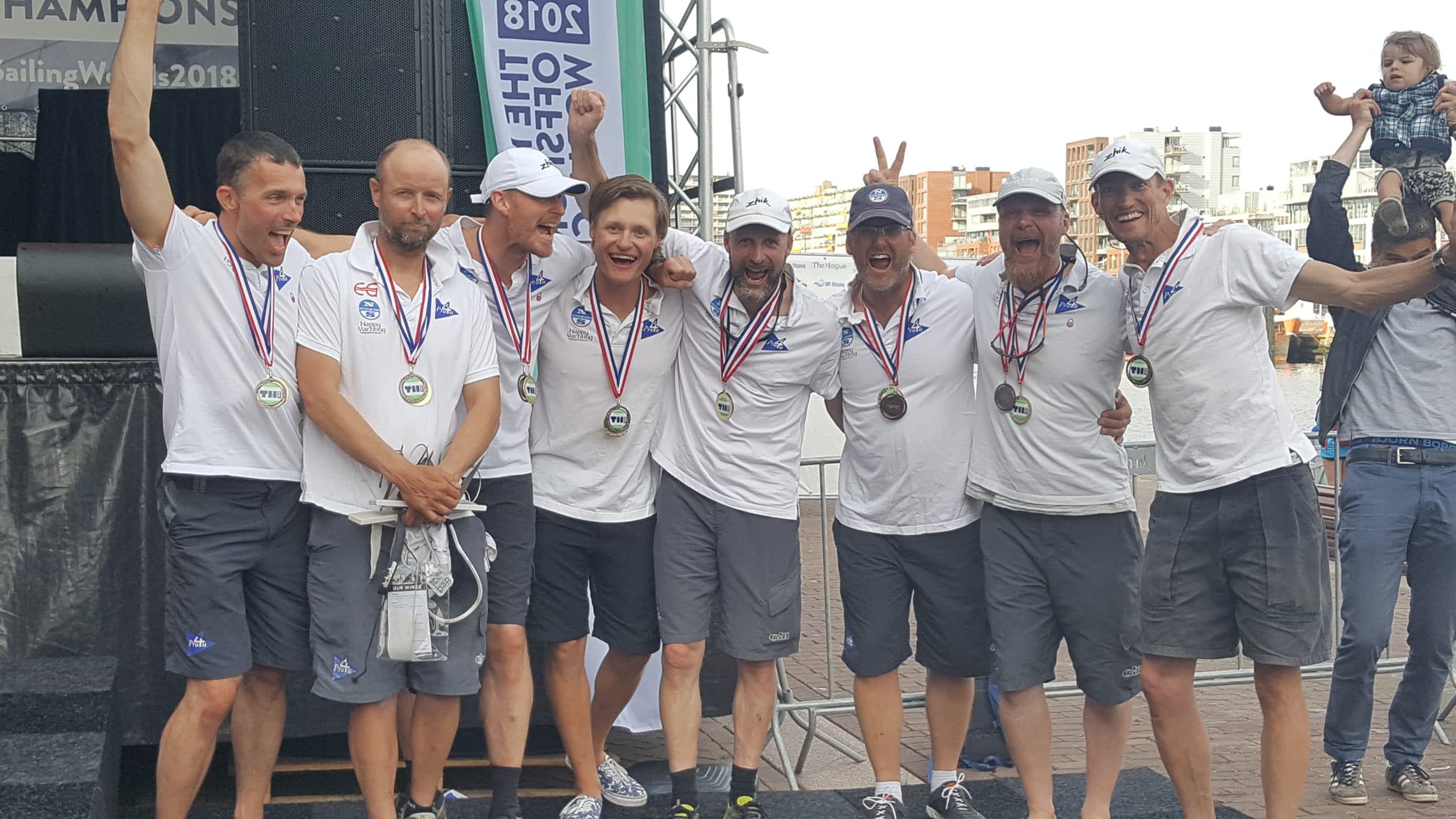 We use cookies on our website to give you the most relevant experience by remembering your preferences and repeat visits. By clicking “Accept All”, you consent to the use of ALL the cookies. However, you may visit "Cookie Settings" to provide a controlled consent.
Cookie SettingsAccept All
Manage consent

This website uses cookies to improve your experience while you navigate through the website. Out of these, the cookies that are categorized as necessary are stored on your browser as they are essential for the working of basic functionalities of the website. We also use third-party cookies that help us analyze and understand how you use this website. These cookies will be stored in your browser only with your consent. You also have the option to opt-out of these cookies. But opting out of some of these cookies may affect your browsing experience.
Necessary Alltid aktiverad
Necessary cookies are absolutely essential for the website to function properly. This category only includes cookies that ensures basic functionalities and security features of the website. These cookies do not store any personal information.
Non-necessary
Any cookies that may not be particularly necessary for the website to function and is used specifically to collect user personal data via analytics, ads, other embedded contents are termed as non-necessary cookies. It is mandatory to procure user consent prior to running these cookies on your website.
SPARA OCH ACCEPTERA